IBC in Panama and You 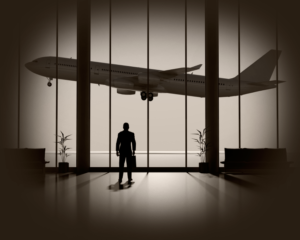 A Panamanian IBC (International Business Company) is a company that does not conduct substantial business in its country of incorporation. They are also known as Panamanian companies,  corporations, or non-resident companies. The Panamanian IBC is one of the most advantageous IBCs.

The Panamanian IBC and Taxes

Imagine you live in Jamaica, enjoying its beautiful weather and pretty beaches. Now imagine you make your money offering services over the Internet. If you operate out of the Free Trade Zone in Jamaica, you’re entitled to a 100 percent tax exemption. Forever. You’re exempt from import licensing and import duties. So why would you want a Panama IBC?

Firstly, if you have a Panama IBC and bank, you can accept credit cards directly and the money goes into your Panamanian bank located in a “no tax jurisdiction” outside Jamaica. Wait a minute; you thought you had a 100 percent tax exemption, didn’t you? That’s an exemption against Jamaican taxes, not US taxes.

If you’re an American, you will expect to pay US taxes regardless of where you live. In the case of a Panamanian IBC, however, the earnings belong to the IBC. You don’t earn any money and thus aren’t liable for taxes until you take your money out of the IBC’s bank account as personal income. You can even fearlessly tick the box on your tax return that states you own an IBC; it’s perfectly legal. Although, it’s not like the US government would know you owned a Panama IBC if you didn’t tell them.

You can pay yourself up to $78,000 in wages or self-employment income without being taxed on it, due to the Foreign Earned Income Exclusion. Your IBC can then make your money work for you, investing in anything from real estate to gold, stocks, bonds, boats or coffee.

Your Panama IBC operates under the laws of the jurisdiction where it was formed, just as if it were a person who lives there. Non Resident Panamanian International Business Corporations (IBCs) and Private Interest Foundations do not pay tax on any of their income nor do they have any reporting requirements to the Panamanian government.

The Panamanian IBC is a True Corporation

Your Panamanian IBC operates under the laws of the jurisdiction where it was formed, just as if it were a person who lives there. A jurisdiction is a sovereign nation, like Panama, or a special administrative region like Hong Kong. Panama IBCs are particularly advantageous. Tax Havens that used to be British colonies have recently turned on their clients and revealed more than they should have about them. Unless you are a multi-million dollar jurisdiction, Panama is a 100 percent tax haven. Non-Resident Panamanian International Business Corporations (IBCs) and Private Interest Foundations do not pay tax on any of their income nor do they have any reporting requirements to the Panamanian government. Furthermore, if you form your Panama IBC as a bearer share corporation, your ownership will not be a matter of public record.

Send us an Email