– In this type of share, the name of the shareholder/owner is listed in the certificate of share.

– Nominative shares may be issued common or preferred.

– Nominative shares offer the same degree of confidentiality as bearer shares do, as they are not registered in any public office.

– Nominative shares, to be transferred, must be endorsed by the shareholder. This is usually done in a private document provided by our law firm.

– With this type of share, the shareholder is allowed to keep the original certificate of share, which will be sent along with the rest of the corporate documents.

– In this type of shares, the name of the shareholder/owner is not listed. The certificate of share, the holder of the share, is considered as the owner.

– Bearer shares may be issued common or preferred.

– Bearer shares are very easy to transfer. The owner must physically deliver the certificate to the new shareholder to be considered as transferred.

– Most banks in Panama are no longer accepting clients, which corporations are entitled to issue bearer shares.

According to the Law 47 of August 6th, 2013, all companies that are allowed to issue bearer shares are committed to its bearer certificate’s custodial arrangements, meaning that the company’s resident agent will act as custodian of the original certificate.
When choosing bearer shares, you should accept these shares’ custodian regime; DELVALLE & DELVALLE will be the authorized custodian. The annual charge for custody of the shares is USD 400 that will be charged along with the Company’s annuity. 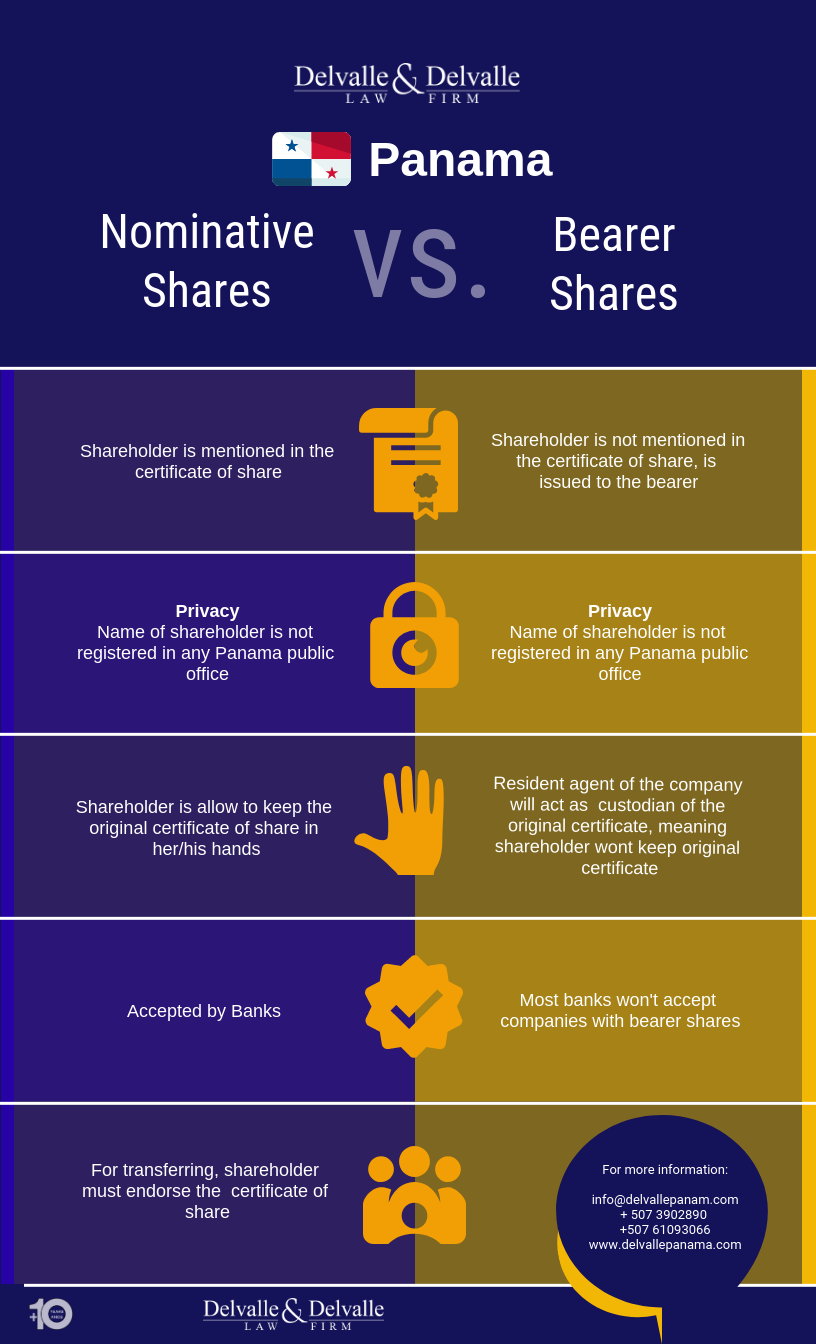 Send us an Email